Temperature programmed oxidation (TPO) is a versatile materials characterisation tool used in catalysis for the elucidation of surface chemistry in catalytic materials. The underlying principle of the technique is simple, hydrogen or oxygen are passed over the catalyst over a temperature gradient that can reveal information such as reduction and oxidation characteristics, chemical composition and catalyst regeneration pathways.

TPO is commonly used in material characterisation, as the oxidation states of metals in the catalyst are vital in assessing the performance. Such as catalyst performance or boundaries of the operational parameters. For example, catalysts are often regenerated by oxidation – understanding the processes is critically important in extending the catalyst lifetime. TPO can be used to measure the extent at which this occurs, aiding in the selection and improvement of catalysts.

TPO was performed on a copper containing catalyst to determine its oxidative properties. Powdered catalyst was placed in a quartz tube and oxygen was passed over the catalyst at a temperature gradient of 10 °C/min. A mass analyser was used for determining the concentrations of gases liberated from or passed over the sample.

The TPO profile of the catalyst shows two distinct minima at 20 and 30 minutes corresponding to 100 and 250 °C. These peaks are ascribed to oxidation of Cu(0) sites to Cu(I) and Cu(I) to Cu(II) sites respectively, illustrating the presence of both copper metal and copper(I) metal sites in the catalyst. TPO can also be used to monitor other chemical processes in catalysts. In this example, it was found that reaction rates were perturbed compared with similar catalysts. Further analysis of the oxidation profile revealed the liberation of CO2 from the catalyst, indicating the presence of carbonyl species that were impacting catalytic performance. 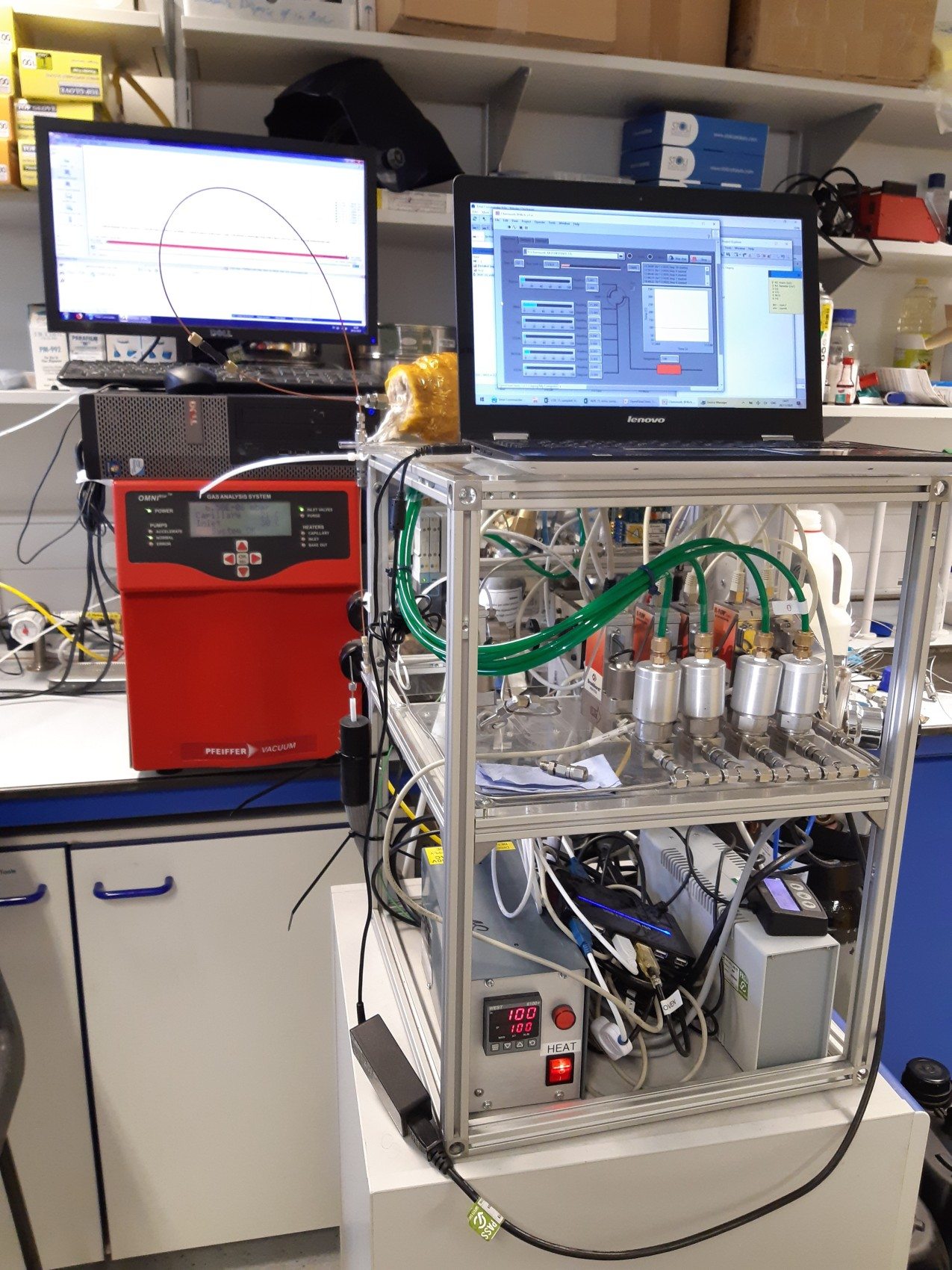 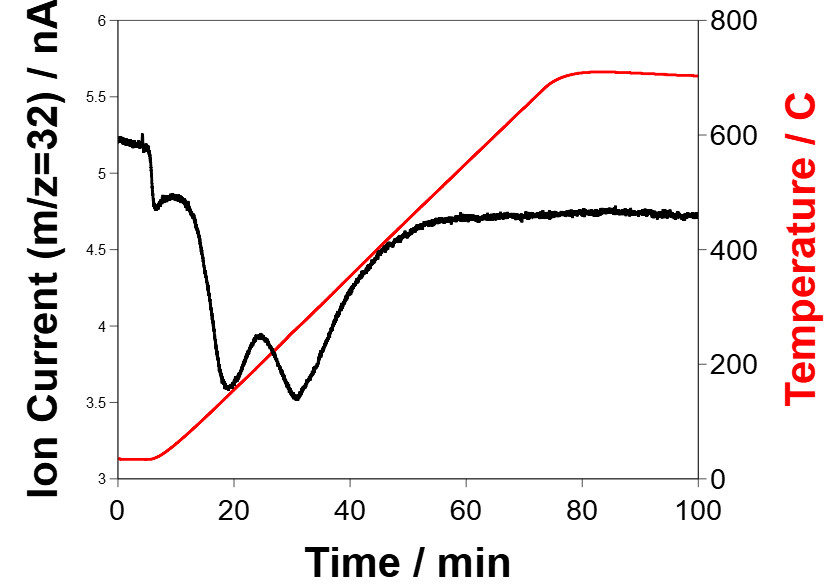 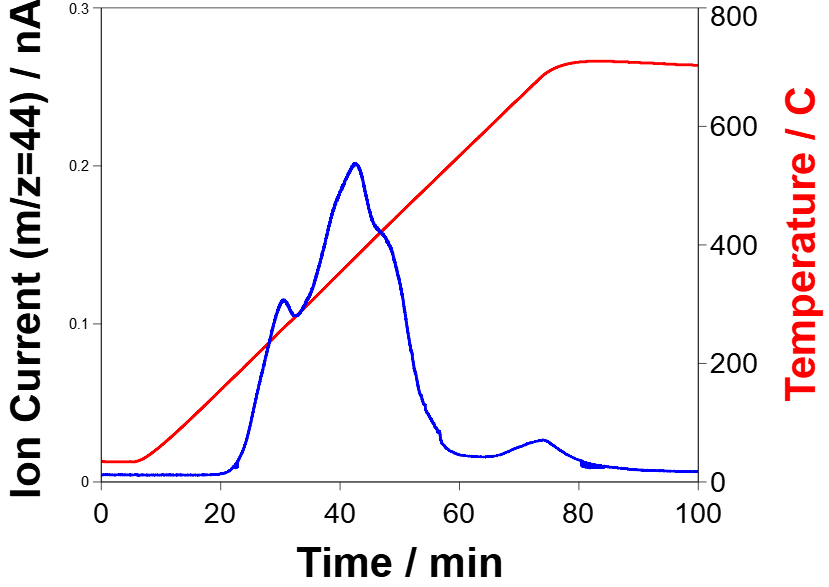 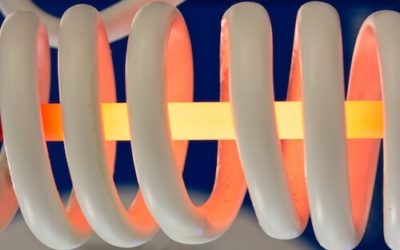 We have developed a monolith-based fuel cell catalyst for sustainable remote energy generation. 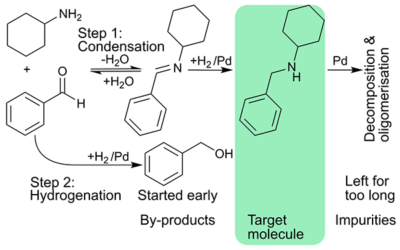 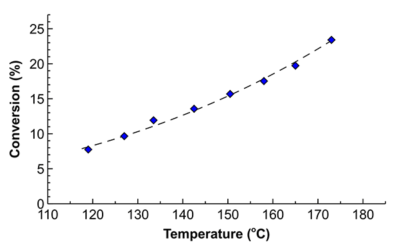